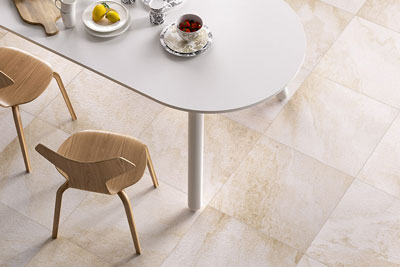 If you ever watch The DIY Network and/or are a Vanilla Ice fan (is there a large rapper, house remodeler/flipper fan community??? I wonder), you probably have seen The VANILLA ICE PROJECT. Where Rob Van Winkle aka Vanilla Ice seeks out homes, rehabs them and sells them. We’ve been honored to be involved with Rob since the debut of his show back in 2010. You can see some of those clips on our youtube page here:

Ice Project is now getting ready for Season 7!!! In the past, Rob would come down with his crew and film as he went through the process of selecting materials, checking sizes, color etc and we would grab some photo ops with Rob (who is always good about doing those with everyone) and that would be about it for our part.

The end result of how our material comes together with Rob’s vision in the finished project which you see on the season finale. We’ve been happy to be a part of the show and garner our 15 minutes…seconds of fame (as you see glimpses of our warehouse…maybe. Most shots wind up on the cutting room floor). We post some finished shots with Rob at the house party he throws when it’s all said and done. And now, they reside in a photo album somewhere (we hope). Finished. Done. Nice Job. See you next time.

That has always been the usual series of events. So when Rob’s producer called this time around to set up Rob’s visit, I asked her if we could do something extra. Something that would last a little longer in the arc stone archives and at the same time provide some insight that you might not necessarily get on the VIP show. I wanted to do a short video with Rob and ask him one or two thought provoking questions. She agreed. So we set a date and I called up a friend of mine who teaches film and photography among other things at one of the local Art schools and scheduled him to come over, with a student and film the brief videography I was planning. Nothing too elaborate, I just wanted to do something a bit more than Rob and myself shot with my iPhone. I thought something a bit more professional was called for.

Great right? Everything is set up. We have agreed on a date. Rob will come with his crew, do his thing, and my Art School pro’s will film the filming and my short interview with Rob and voila…we have something well done, and interesting to put up on say…..A BLOG!!! how great is that?

No. Didn’t quite happen that way. What did happen you ask….?? Rob’s producer with camera crew in tow showed up one morning. All ready to go. Rob was on the way and all was well. Except….it was a week earlier than we agreed and my Art School Professionals of course had no way on earth of being able to come that day. Further, I had a full day and was running behind already out of the gate. I approached the producer and asked her what’s going on? Why are you here?? yada yada yada….. ” We had to make the change and someone in your organization gave us the go ahead…” What??? was all I could say…..And then Rob walked in all smiles, ready to go. All I could do was slap a grin on my face and make the best of it.

I asked Rob’s producer if we could reschedule. She was happy to accommodate me. However, as I watched Rob and his team work, it occurred to me that, with his busy and hectic schedule, how was he going to justify another trek out to arc stone to film a short clip with yours truly?? Not going to happen I thought. So I pulled the Rob aside and told him what I wanted to do, and started rambling about the date, and my guys weren’t here and blah blah blah…and Rob stopped me cold and said ” Mike, relax. I know exactly what to do. I have a built in in selfie stick, we can do this now no problem”. How? “With your iPhone of course…..” Yes, of course, just what I didn’t want to to do….but listen, you get lemons, you make lemonade.

I also wanted discuss with Rob, in a more coherent fashion, how he chooses the homes for renovation and where he gets his design ideas from. Instead, I barely get out the question about his designs. Rob of course, the consummate professional, knew what I was trying to ask and responds accordingly.

It’s also of note, that we did this, in one take, with Rob holding the iPhone with his built in selfie stick, (his arm). Amazingly, he was so steady with the iPhone it almost looks like a camera was rolling along with us (at least to me). It’s given away toward the end when he pans around the warehouse and we get the glare from the front and my big head in the way of materials he was trying to show. Other than that, it came out much better than I expected. Or maybe not, you can judge for yourself. What follows here, is ……..lemonade…